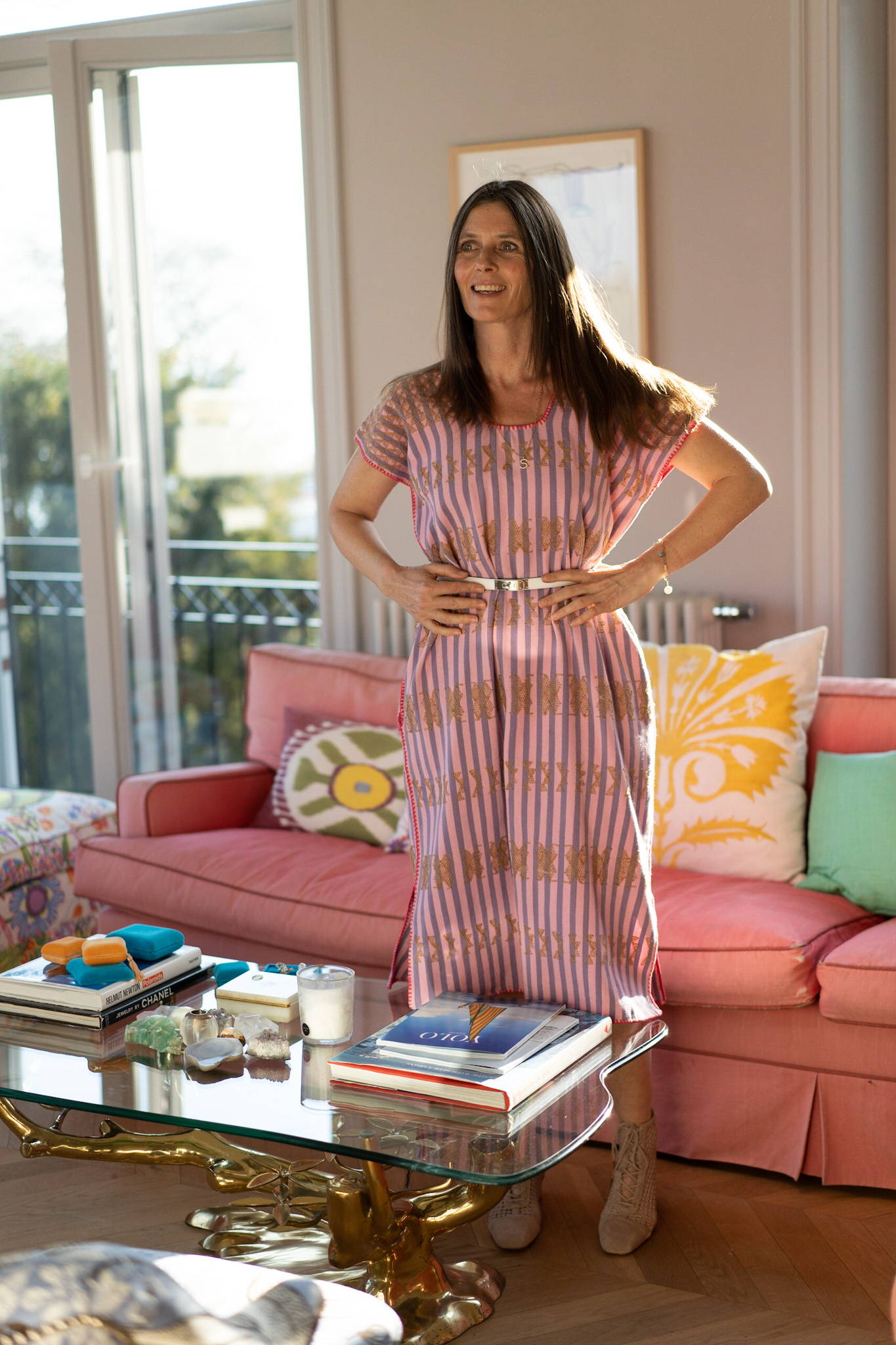 Sophie Keegan was born in London and grew up in Sydney. As a child, Sophie’s family travelled extensively, which ignited her early passion for art, design and culture.

She studied painting in London before training as a Goldsmith at DCE (Design College Enmore). She has a Diploma of Gemmology from the (GAA). Sophie moved to Paris in 1993 where she worked with Chaumet in the Place Vendôme. Here she was mesmerized by the exceptional and rare jewellery making techniques she was able to learn from Master Goldsmiths and researching in the archives. She loved being part of the design team, assisting in the creation of new designs. This truly inspired Sophie to go on and create her own label, Sophie Keegan. Which she did in London, in Notting Hill. During Sophie’s career, she has designed pieces for Hermès and collaborated with Asprey.

Sophie launched her charm collection with Alex Eagle Studio, London and is represented in Germany by Loden Frey in Munich and Gleneagles Hotel exclusive jewellery boutique 1924 in Scotland.

Sophie loves to work with her clients on bespoke basis and has now a following that spans from Sydney – USA – London – Germany.

Sophie’s collections are striking visual memoirs of a wonderfully eclectic life. Influenced by her own family’s love of the travel and the sea. Sophie is inspired in her designs by architecture, heritage and art.

Sensual and distinctive design is key: Sophie’s ‘Monogram’ collection of elegant diamond-set letters have a cult following and have been featured in both British and German Vogue. These are combined with gold handmade chains she has hand made in Germany.

Exceptional craftsmanship and rare femininity lie at the core of Sophie’s creations with each piece possessing an undeniable modernity and elegance. Each piece is made to last for a lifetime.